The last time the UK was close to military action in Syria, David Cameron, acutely aware of the mess he made of Libya, gave the elected members of parliament a vote on whether we should join the US in its quest to bomb Syria. He lost and this is probably the basis on which Theresa May has denied her Labour Party counterpart the opportunity this time around.

Despite Tony Blair’s denial of any wrongdoing in the wars on Afghanistan and Iraq, the majority of the UK population hold him responsible for deceit and agreeing to go to war alongside George Bush before there was reasonable evidence to do so. He blamed faulty intelligence but was guilty of twisting that information to suit his own agenda. There was no direct threat to the UK from Iraq and the claim of invading Afghanistan to stop the Taliban from protecting the alleged prime suspect of the 9/11 atrocity, Osama Bin Laden, resulting in him never being convicted, even in absentia, for the crime. Furthermore, he was never described as wanted by the FBI in connection to the attack.

The death of Dr David Kelly, a world renowned expert on WMD and well respected amongst his peers, cleared the way for war. The passing of Dr Kelly was mired in controversy with normal protocols being ignored and questions by a group of eminent doctors and surgeons being dismissed. Dr David Halpin has written extensively on Dr Kelly and it can be found here.

Former Conservative Prime minister, David Cameron also deliberately overstepped a UN mandate with regards to Libya. The US, UK and France tricked the Russians and Chinese into agreeing to a resolution, subsequently forcing regime change when it wasn’t a specific aim. This is partly the reason Russia vetoes any resolution on Syria, knowing that the US and UK will not stop until Assad is deposed. As we all know, Gaddafi was brutally murdered after his fleeing entourage was attacked by the UN.

Theresa May is acutely aware that none of these crimes have been properly investigated, never mind a resulting conviction. The Chilcot inquiry on Iraq was  very clear on its conclusion. Blair had misled, distorted and lied to the British people regarding multiple aspects of the Iraq war (even though the media didn’t describe it like this). Cameron never even faced an inquiry into his part in the destruction of Libya. The RAF were used as an air force for the most extreme criminals, who then went on to provide weapons and ‘rebels’ in the fight against Syria.

Lets not forget that it was these same Libyans that then used a suicide bomber on Manchester Arena and that it was the Home Secretary, Theresa May who allowed this particular group to travel to and from Libya without interference. She is at least guilty of gross incompetence. Salman Abedi and his family were part of community of Libyans living close to each other in Manchester and they were supposed to be under the watchful eye of intelligence agencies. Either these agencies weren’t doing their job or they willfully allowed the Manchester atrocity to go ahead, resulting in the deaths of 22 and maiming of dozens.

Every action has a reaction, unless you’re a politician.

If we had a fair and just legal system, May would not be the Prime Minister at all. She would have been tried for colluding with the terrorists that caused mayhem in Manchester. Blair (and several of his cabinet and advisors) would be looking at us from behind bars, Cameron would be alongside them.

But this is just the tip of the iceberg. If we look at cause and effect, every aspect of foreign policy results in creating friends but overwhelmingly, enemies. We enable the most brutal dictators until we find they have much more control than we imagined, then we find a reason to remove them. Ideally, it will be a military removal and then they can suffer the ‘Shock and Awe’ of carpet bombing vast areas, that are bound to contain thousands of civilians. The added bonus is that government then has to replace these munitions.

The companies that prosper because of war. 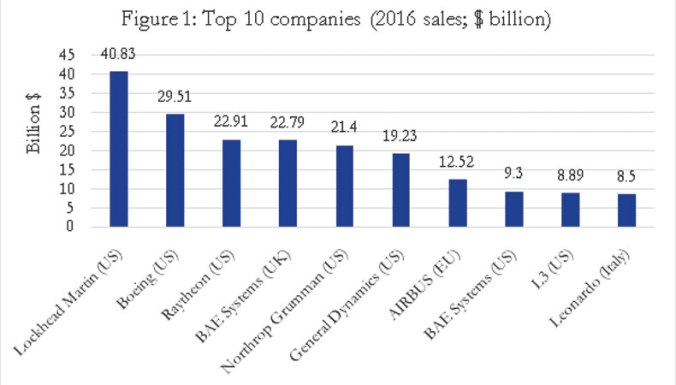 Now can you see why we ‘need’ to bomb Syria, despite it being unsubstantiated claims by the most extreme of the militants in Syria?

So here are the basic reasons May will likely bomb Syria.

There will be no possibility of her ever being brought to trial.

Israel will have the fractured Syria it craves.

Theresa May is fervently pro Israel, even going to the length of redefining what constitutes anti semitism in an attempt to curtail criticism of Israel. By insinuating that justifiable attacks on Israeli human rights crimes are anti semitic, she hoped to be able to lawfully limit the legitimate critics of Israel from exposing their atrocious treatment of Palestinians.